This book critically engages with dominant ideas of cultural homogeneity in the Nordic countries and contests the notion of homogeneity as a crucial determinant of social cohesion and societal security. Showing how national identities in the Nordic region have developed historically around notions of cultural and racial homogeneity, it exposes the varied histories of migration and the longstanding presence of ethnic minorities and indigenous people in the region that are ignored in dominant narratives. With attention to the implications of notions of homogeneity for the everyday lives of migrants and racialised minorities in the region, as well as the increasing securitisation of those perceived not to be part of the homogenous nation, this volume provides detailed analyses of how welfare state policies, media, and authorities seek to manage and govern cultural, religious, and racial differences. With studies of national minorities, indigenous people and migrants in the analysis of homogeneity and difference, it sheds light on the agency of minorities and the intertwining of securitisation policies with notions of culture, race, and religion in the government of difference. As such it will appeal to scholars and students in social sciences and humanities with interests in race and ethnicity, migration, postcolonialism, Nordic studies, multiculturalism, citizenship, and belonging. 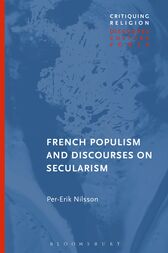