Biography
Patrick Onghena obtained his PhD degree in Psychology in 1994 and became Full Professor in 2004, both at KU Leuven, Belgium. From 2007 to 2015, he was the dean of the Faculty of Psychology and Educational Sciences at the same university. From 2015 to 2016, he was a visiting professor at the University of Sydney and the Universitat de Barcelona. Currently, he teaches courses on methodology and statistics to students in psychology and educational sciences at KU Leuven.

Patrick Onghena published several books on methodology and statistics and more than 200 papers in the scientific literature. His main research interests include randomization tests, single-case experimental designs, meta-analysis, and mixed methods research. He acted as a consulting editor for Behavior Research Methods and as an associate editor for the Journal of Statistics Education. He is a member of the Belgian Statistical Society, the Belgian Federation of Psychologists, and the Royal Flemish Academy of Belgium for Science and the Arts. He was awarded as a Fellow of the Association for Psychological Science in 2018. 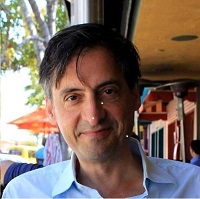