A Swedish Proto-Fascist? Rudolf Kjellén and The Political Imaginary of the Far Right

ABSTRACT
The Swedish political scientist, public intellectual, and politician Rudolf Kjellén (1864-1922) is arguably one of Sweden’s internationally most renowned social theorists to date. Among other things, Kjellén coined the term geopolitics and played an important part in the popularization of the concept of the folkhem. Still, no major study dedicated specifically to Kjellén exists and most works dealing with his place in Swedish political and intellectual life are at least 50 years old.  Part of the explanation for this is that Kjellén remains a controversial figure in Swedish political history, often regarded as representing the reactionary road not taken by the Swedish right in response to universal suffrage and liberal democracy. Some post-war commentators called Kjellén a proto-nazi, and his name still carries an ominous air. In recent years, following the crisis of liberal order and global right-wing mobilisation, it appears that Kjellén’s thought and not least his questions are making a comeback.

In this paper, I will sketch the outline of my plans for a research project centred on Kjellén and his works. I will particularly focus the question of how and what intellectual history can contribute to the study of the far right and fascism. While much current discussion of this ideological terrain takes its cue from conceptual definitions, I will argue that a contextual approach to the field can make a substantial contribution both to the understanding of the political imaginary that sustains it and the role of intellectuals in the formation of that political imaginary.

BIOGRAPHY
Hjalmar Falk, his doctoral dissertation concerned the political theology and secularization theory of Carl Schmitt. Since earning his PhD, Falk has written on the intellectual history of the radical right, political theology, historical temporalities, and the historiography of secularization. He is currently engaged in a research project dealing with the reception of Carl Schmitt’s work on the radical left.

*The seminar is in collaboration with the Centre for Multidisciplinary Research on Religion and Society (CRS). 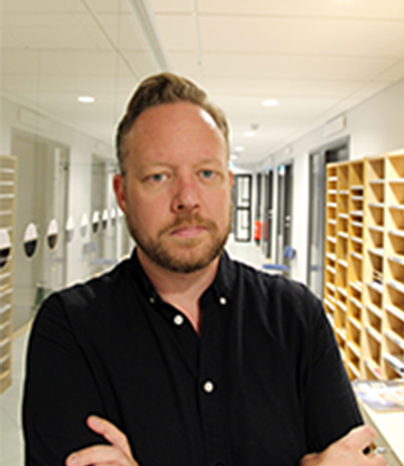