This talk explores how enslaved people were represented in texts before the institutionalization of slavery in order to trace the emergence of modern forms of racisms.

Spurred by the Black Lives Matter movement in the United States, people of color in France have forcefully questioned the narrative of France’s national history for being one-dimensional, hiding the dark sides of the colonial legacy that built the republic. Most famously, the statue of Colbert, the minister of finances under Louis XIV, that stands outside the National Assembly in Paris was tagged with the words Négrophobie d’état (State negrophobia) in red. Colbert prepared the French slave laws, known as le Code noir that passed in 1685 to regulate slavery and the slave trade, but Africans and Native Caribbeans had been sold and enslaved under French regime long before Colbert. Looking at travel writing from the French settlements in the Caribbean from 1625 to 1671, this talk explores how enslaved people were represented in texts before the institutionalization of slavery in order to trace the emergence of modern forms of racisms.

About the lecturer: Christina Kullberg (Ph.D. New York University 2009; Fil.Dr. Uppsala University 2006) is professor of French literatures at the Department of Modern Languages, specialized in contemporary Caribbean, world literatures, and early modern travel writing. She has published extensively on Caribbean literature, including two monographs Lire l’Histoire générale des Antilles de J.-B. Du Tertre, (Brill 2020) and The Poetics of Ethnography in Martinican Narratives (University of Virginia Press, 2013). Currently, she works on a book entitled Entangled Voices in French Early Modern Travel Writing to the Caribbean. She is a member of the steering committee of the research program “Cosmopolitan and Vernacular Dynamics in World Literatures” www.worldlit.se

Dr. Irmy Schweiger is professor of Chinese language and culture at Stockholm University. She received her Ph.D. from Heidelberg University (Germany). Her main fields of specialization include modern and contemporary Sinophone culture and literature as well as cross-cultural studies. In teaching and research she addresses topics such as urbanisation, literature and literary history, world literature, diaspora, gender, memory and trauma. 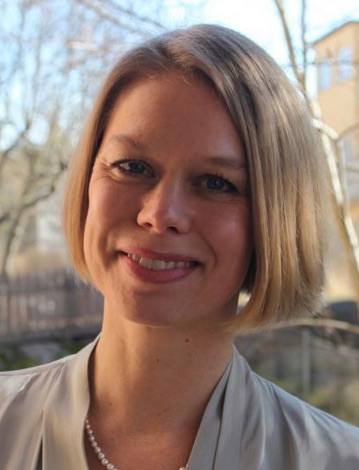