Higher Seminar in the History of Science and Ideas

Research presentation by Georgiana Kotsou, Maastricht University. During the Spring term of 2023, Kotsou is a visiting researcher at the Department of History of Science and Ideas, Uppsala University.

Mid-twentieth century large, disciplinary, international congresses were often characterised by extravagant social programs that may appear odd by today’s standards. In 1957, the participants of the XVIth International Congress of Pure and Applied Chemistry rented suits in order to attend a luxurious banquet in the Orangery of Versailles, enjoyed an original play by Molière performed for the first time since his era, and danced in front of the palace, illuminated by a light show. In this paper, drawing from anthropological theory on rituals and discussion on the different forms of capital, I explore the functions and materiality of social programs in international conferences: how they bridged the tensions between work and leisure, and how they participated in the attendee’s identity and community formation. As part of the larger European collaborative project ‘The Scientific Conference: A Social, Cultural, and Political History’, my research focuses on international conferences of the 20th century organised by the International Union of Pure and Applied Chemistry. Community formation was particularly significant in the discipline of chemistry since it was characterised by a) disciplinary tensions, such as the ones between academic and industrial practitioners and b) international tensions surrounding WWI, WWII and the Cold War. 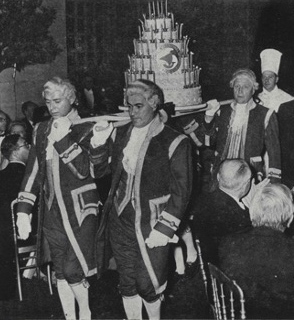