Tomas Venclova is a leading poet and a figure of great moral authority in his native Lithuania. A former Soviet dissident and now professor emeritus at Yale University, Venclova will discuss the role of poetry in resisting the totalitarian regimes of the past, as well as current political challenges.

Born in the Soviet Lithuania Tomas Venclova became fluent in Russian, but also mastered Polish, English as well as several other European languages. Venclova became a builder of bridges between Lithuanian, Polish, and Russian cultures in his writings and in his lectures on poetry. As a young man he met with Boris Pasternak (1890-1960) and Anna Akhmatova (1889-1966), the two major poets of the older pre-Soviet generation. Venclova translated them both into Lithuanian. He frequented semiotic seminars organized by Yuri Lotman in Tartu and later successfully adopted Lotman’s methods in his lectures and essays on poetry. Venclova also participated in the Lithuanian and Soviet dissident movements and was a founding member of the Lithuanian Helsinki group (1976). He was stripped of Soviet citizenship in 1977 and has since lived in the USA where he became close with the Polish poet Czesław Miłosz and resumed his lifelong friendship with the Russian poet-exile Joseph Brodsky. For over two decades Venclova has been a Professor of Russian literature at the Yale University starting in the 1990s.

His new book of conversations with an American poet and writer Ellen Hinsey, Magnetic North (2017) intertwines Lithuanian and Russian history, culture, and dissidence together with Tomas Venclova’s biography and poetry. One of Magnetic North’s central themes is the importance of ethical choices in the context of the 20th century totalitarianism and the role of artistic resistance towards it.

The event is arranged in cooperation with the Lithuanian Culture Institute. 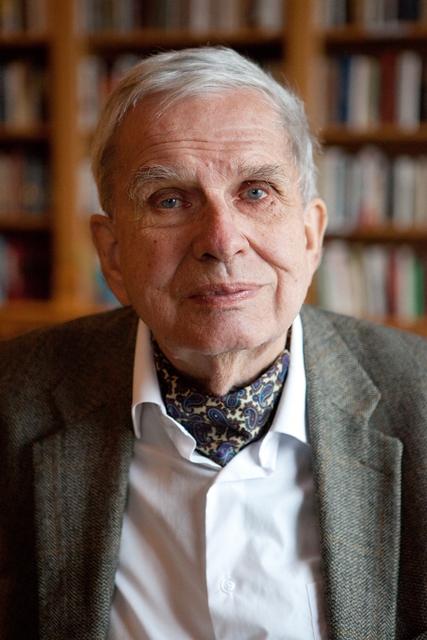