Early modern mines were like subterranean roots from which fiscal-military states drew military, economic, and scientific power. To improve this vital trade, fledgling European mining administrations encouraged travelling officials to tour foreign territories to collect new useful knowledge. In a three-year collaborative digital-history project, drawing together researchers at Uppsala and Stockholm University, we explore the collection of foreign knowledge of the Swedish Bureau of Mines through their system of study tours.

For over 100 years – from the late seventeenth century until the early 1800s – the Bureau encouraged its officials to travel across Europe and beyond. They meticulously documented these voyages, and over time produced numerous handwritten travelogues, which are preserved to this day in the Swedish National Archives. Aided by digital techniques, e.g., Handwritten Text Recognition (HTR), and Deep Mapping, we propose a detailed, yet long-term, analysis of the circulation of mining knowledge, aiming to improve our understanding of the rise of modern science, state-making, and industrialisation. 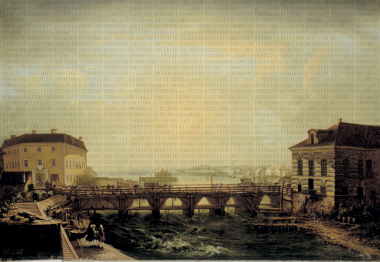