While collecting has received a vast amount of attention over the past few decades, the notion of erasure—that is, the deleting, removal, destruction of material, whether conscious or otherwise—has mostly remained in the shadows. We challenge this neglect by placing erasure centre stage, and treating it as a productive phenomenon worth studying in itself. This requires thinking through some of the theoretical and methodological challenges of an object of study often characterized by the concerted absence of source material. It also demands making important distinctions between different types of erasure. We use this paper to sketch out some of these distinctions, offering a map of differing logics, practices and materialities that may provide a basis for future erasure studies. 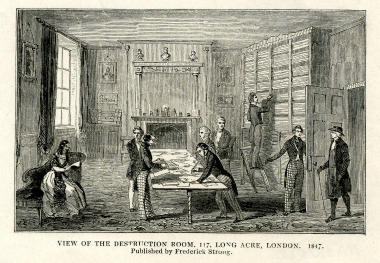