The purpose of this dissertation is to examine how Swedish-language printed panegyrics of Karl XI and Karl XII, written in connection with the 1697 royal succession, functioned as a channel for political communication in the Swedish Baltic empire. The material comprises 34 Swedish-language printed items from Sweden, Finland, and Swedish Pomerania. The analyses focus on features of both content and form in terms of commonly applied topics and characteristics typical of the genre. The analyses demonstrate how panegyrics surrounding the royal succession varied in regard to geographical origin, individual authors, choice of format, content, audience and presentational situation. To elucidate the variation within the genre, texts in octavo, folio and patent folio formats are analysed. The first analytical section of the thesis, chapter 3, contains analyses of texts in these formats as well as depictions of events in Stockholm in connection with the parliament and the funeral. Chapter 4 illuminates the components of the coronation tributes, and coronation homages to Karl XII are examined. Chapter 5 treats panegyrics from Sweden, outside the capital, and from Finland. Chapter 6 analyses some panegyric texts from the Baltic provinces and the German possessions, and the rhetorical staging of the royal succession is depicted in these areas as well. The texts analysed were part of the public sphere of the day, evincing propagandistic features, including similar topics and reasoning. Despite this, they differ in terms of implicit argumentation and other matters. Some promote the Carolingian empire, cast suspicion on and threaten opponents and defend Karl XII’s early accession. Others stress issues unrelated to royal power or express wishes regarding the new king’s future exercise of power. The analyses bring to light a number of symbolically significant places and buildings, as well as various horizontal and vertical positions that characterise the bards, any sponsors they might have had, and the intended audience. Thus, the dissertation can be said to deal with a rhetorical geography in which the Swedish Baltic empire constitutes a shared rhetorical space. 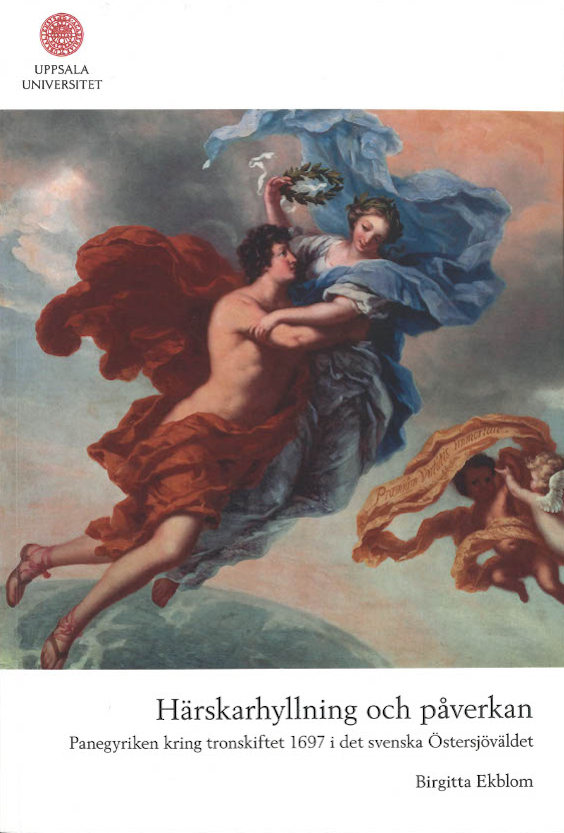