The Hans L. Zetterberg Prize in Sociology is awarded annually to young researchers from Sweden or abroad, who with their scholarly work in sociology, preferably by fruitfully combining theory and practice, have advanced the research front. The prize sum is SEK 100,000 (USD 11,000 or EUR 9,500).

Call for Nominations for the 2023 Hans L. Zetterberg Prize in Sociology

Hans L. Zetterberg (1927–2014) was a professor of sociology who during his career held positions at Columbia University as well as Ohio State University. In addition to his academic work, Zetterberg was also a publicist who, among other things, published the English translation of Max Weber’s text Economy and Society. 1987–1988 he served as the chair of WAPOR (World Association for Public Opinion Research).

Adel Daoud is awarded the Zetterberg prize for 2022

Adel Daoud is awarded the Zetterberg Prize 2022 for his innovative contributions to social science research on classical social issues such as child poverty, ill-health and justice.

The sociologist Adel Daoud, is awarded the Zetterberg Prize 2022 for “his innovative contributions to social science research on classical social issues such as child poverty, ill-health and justice. In the spirit of Hans Zetterberg, he has made theoretical contributions that have practical implications for some of the most pressing global challenges that we are facing today. Through methodologically sophisticated analyses, he has pushed the empirical research frontier forward. Daoud’s ability to secure external research funding is not only a quality indicator per se, it also paves the way for future research on the topics he has chosen to focus on. His contributions to sociology provide us therefore with much needed guidance when addressing some of the greatest societal challenges of our time. “

The prize will be presented during a ceremony in the University on 12 December at 14:15, in Sal VIII. Professor Daoud will also give a public lecture on the topic ‘From Economic Sociology to Computational Social Science, and Beyond’. 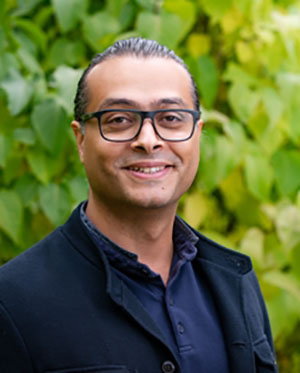 Anders Sundell is awarded the Zetterberg prize for 2021

The political scientist Anders Sundell is awarded the prize for augmenting the field of political sociology by approaching it from a broad social science perspective. His research spans several fields, and includes election studies, succession order, and the study of fundamental norms and values. Not least his contribution to examining the relationship between informally grown norms and formal systems of rules deserves attention. Sundell has published in the most prominent scientific journals at the same time as he has actively participated in the public conversation in a true enlightenment spirit. He is in a praiseworthy manner able to explain and put research results in contexts that make them accessible to the public.

The prize will be presented during a ceremony in mid-March 2022. 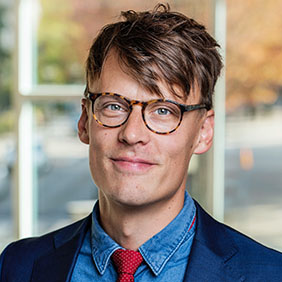